It is with deepest respect, and sorrow, that the Club pauses to pay tribute to one of our own – Late Past Commodore (1990 to 1993) and Distinguished Life Member – Mervyn Roy Alley – who left us following a recent short hospital stay on April 23rd 2016.

Merv was born in Brisbane on the 29th of December 1928 – only son of Dulcie, and stepson of Eric.  He grew up in various suburbs – Bowen Hills, Buranda, Gumdale, attending school at the Valley and finishing at Manly.  This time slot, or course, saw him born into a world about to enter into the grip of the Great Depression and into the Second World War, as a boy and teenager – A chapter on its own.

After school came an apprenticeship in joinery – latter employed by his Dad raising and moving houses.  Considering his many years at backing houses into tight spots, he found it ironic how backing a new box trailer into the driveway not “mission impossible” but “mission very difficult”.

Merv married “his Lucy” in 1951 at Annerley and they raised 4 children – Dianne, Kevin, Colin and Phillip.  These all married and increased the clan to grandchildren and great grandchildren who enjoyed his story telling and advice, with pride.

For us at the Redlands Boat Club, Merv we remember.  He could well be described as one of the club pioneers – we were so blessed – There were others, thankfully, many others!  He was a planner, a perfectionist, a “hunter-gatherer” when it came to access of building materials or promises of the same, at the right price, and a constant and willing Pied Piper when it came to “working Bees”.  Always on time, he led from the front, always ready with his trusty nail pouch – his Badge of Honour!

His belief in the fact that the Club could come in on budget left many shaking heads. In 1991 however, the opening of the clubhouse, free of debt, saw the quite builder smiling, while acknowledging the unflagging efforts of so many enthusiastic and prodigious fundraisers,  they were all brilliant, and so many lifelong friendships, forged then, still exist today. 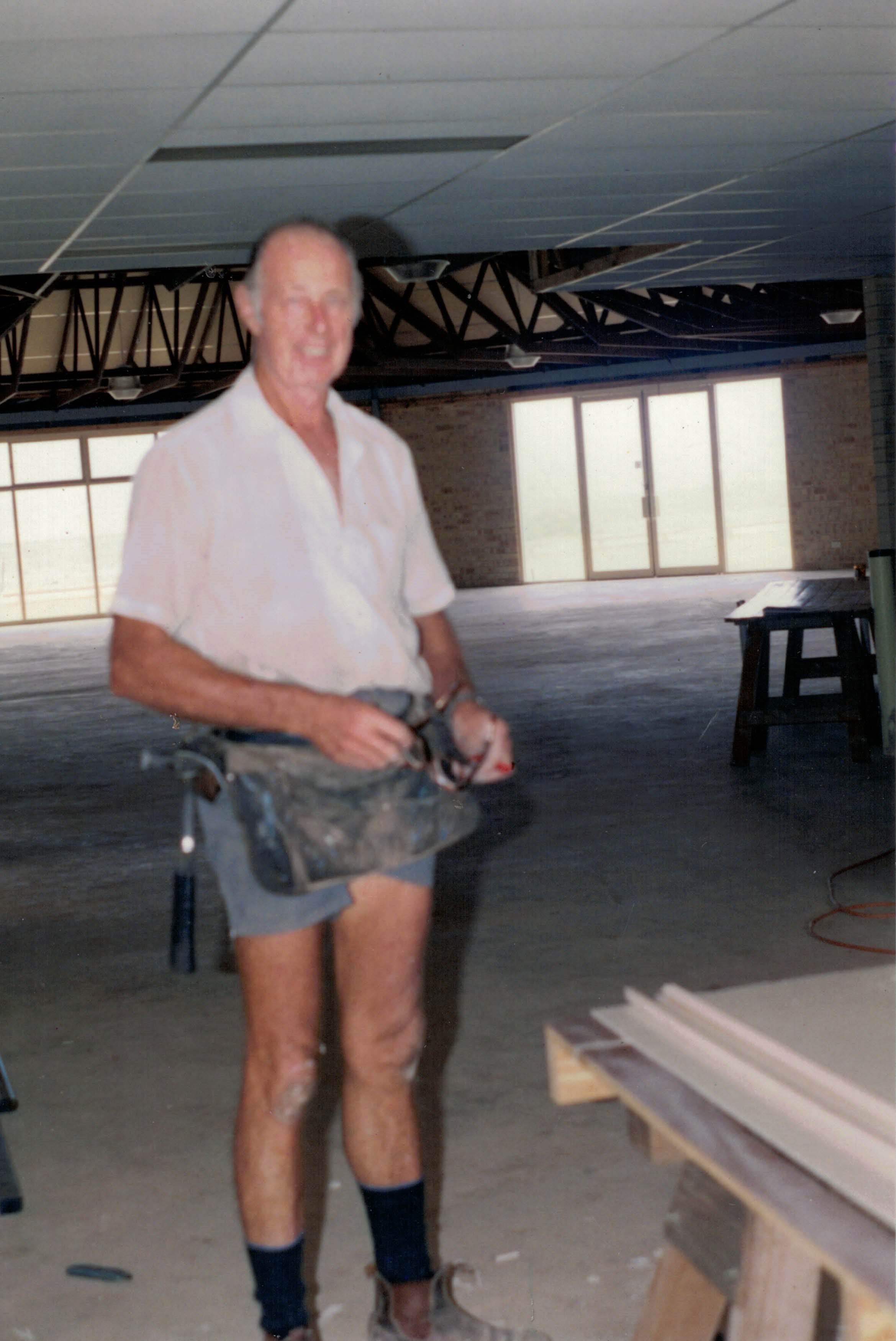 His love of boating, and all things Naval, saw his dealings, and the Club’s association with T.S. Norfolk Cadets grow, and flourish (Incidentally, Lucy was the Cadets Secretary).  These Cadets participated in so many of the Club’s ceremonial events, with the flag raising and sunset ceremonies – all remembered affection. 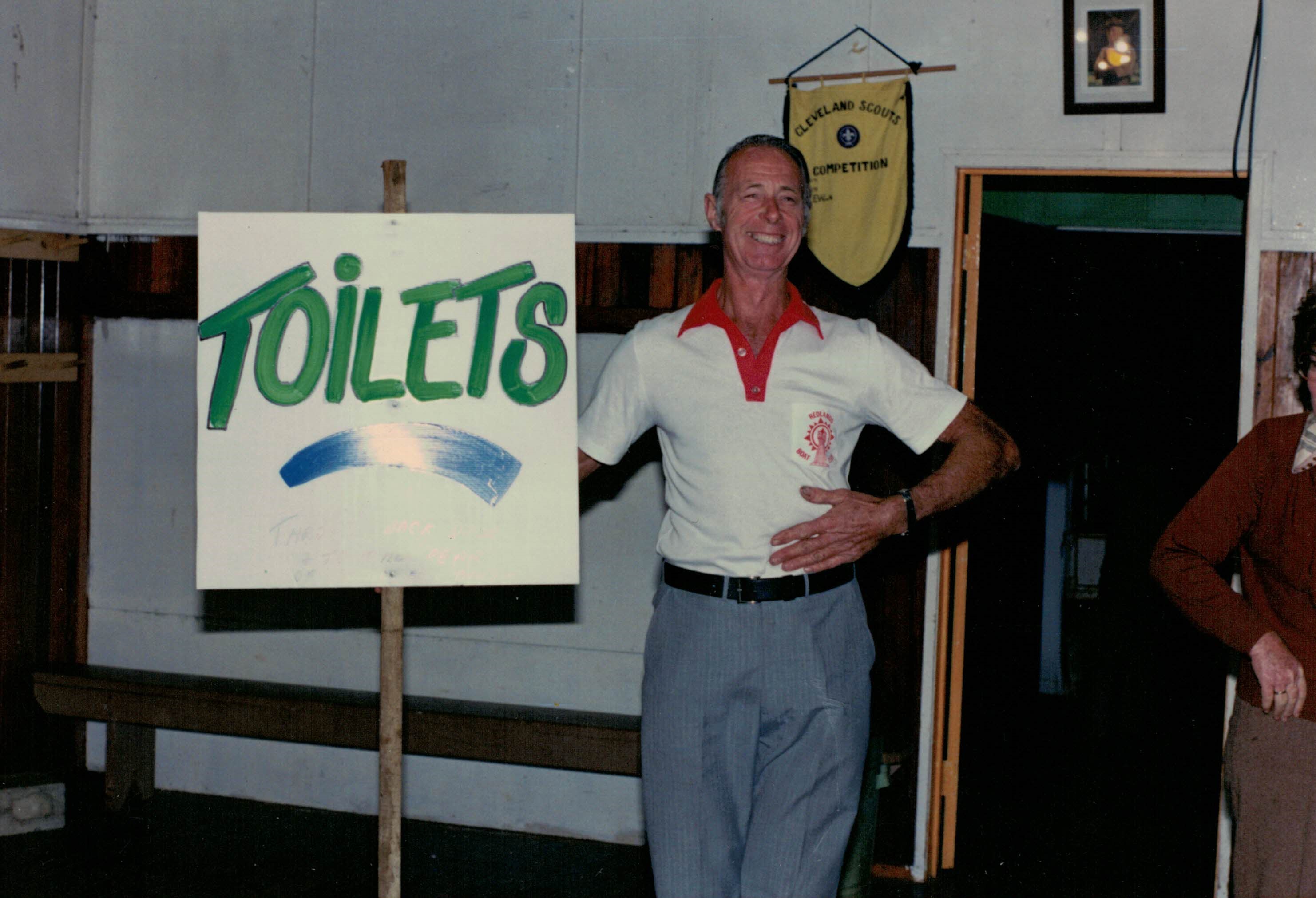 With, and without, the Commodore’s Cap, he was a quite achiever – a peacemaker, quietly having his say, although, he could be, “when tested”, the fist in the velvet glove.  Thankfully, over the years, we’ve had a cocktail of strong minds to plug the gaps.  These “memorable” characters all made for such interesting times, well worth sharing. He was but one, and enjoyed his last stroll down memory lane at our 40th Anniversary celebration last year.  Farewell old friend – We wish you fair winds, calm seas and safe Anchorage –

“Memories stir the heart because there was “magic” in the way it was. 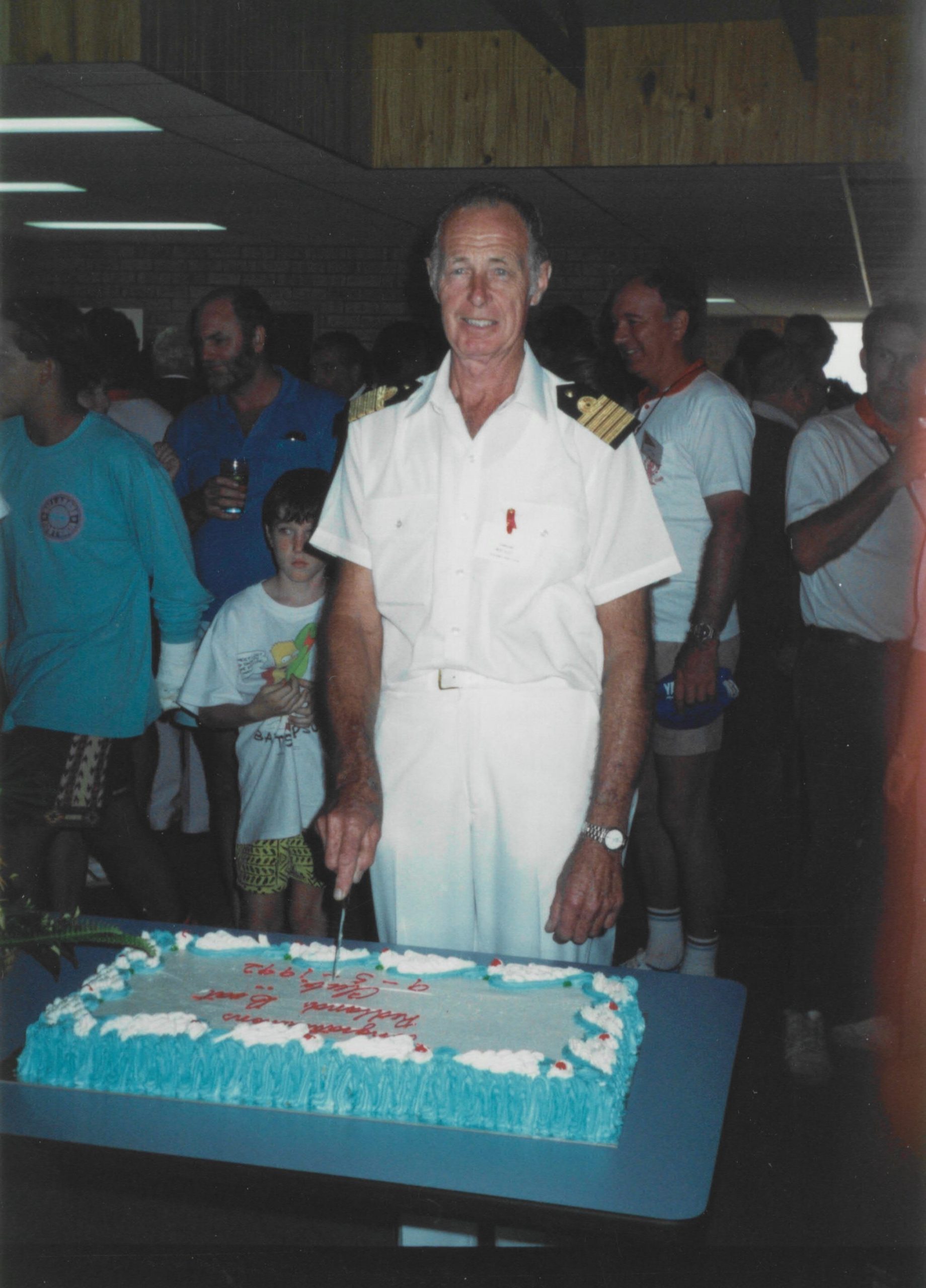 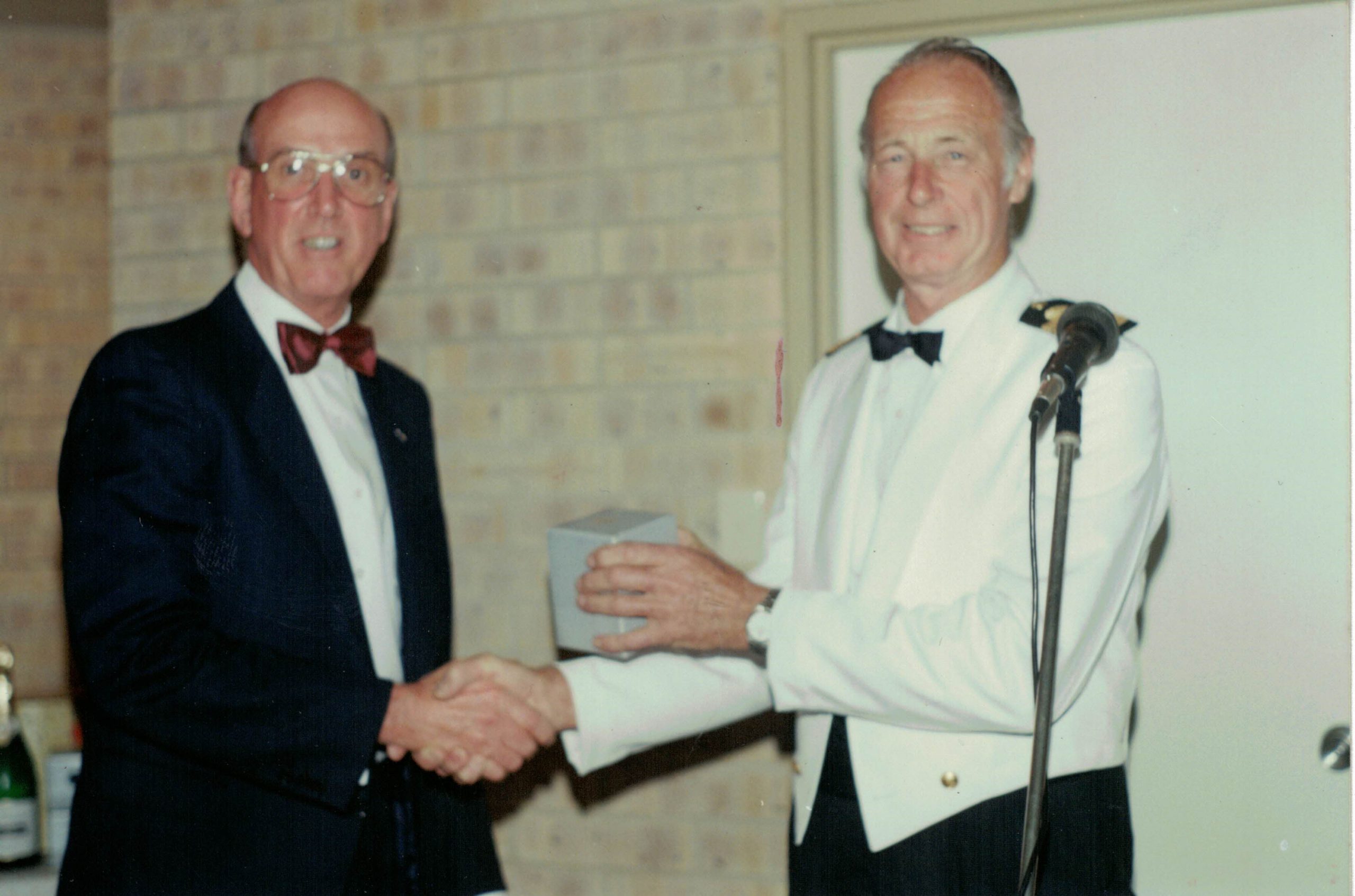 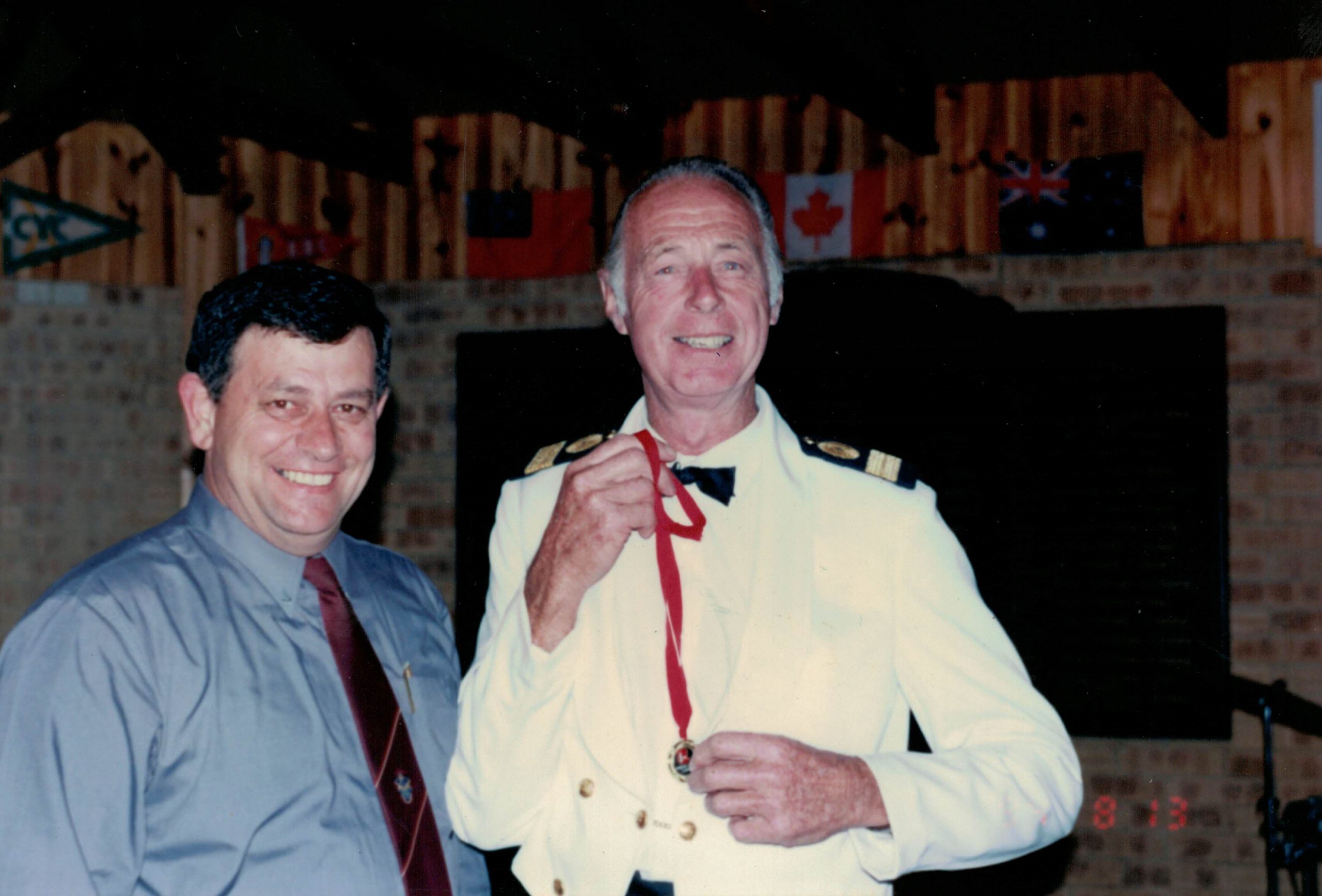 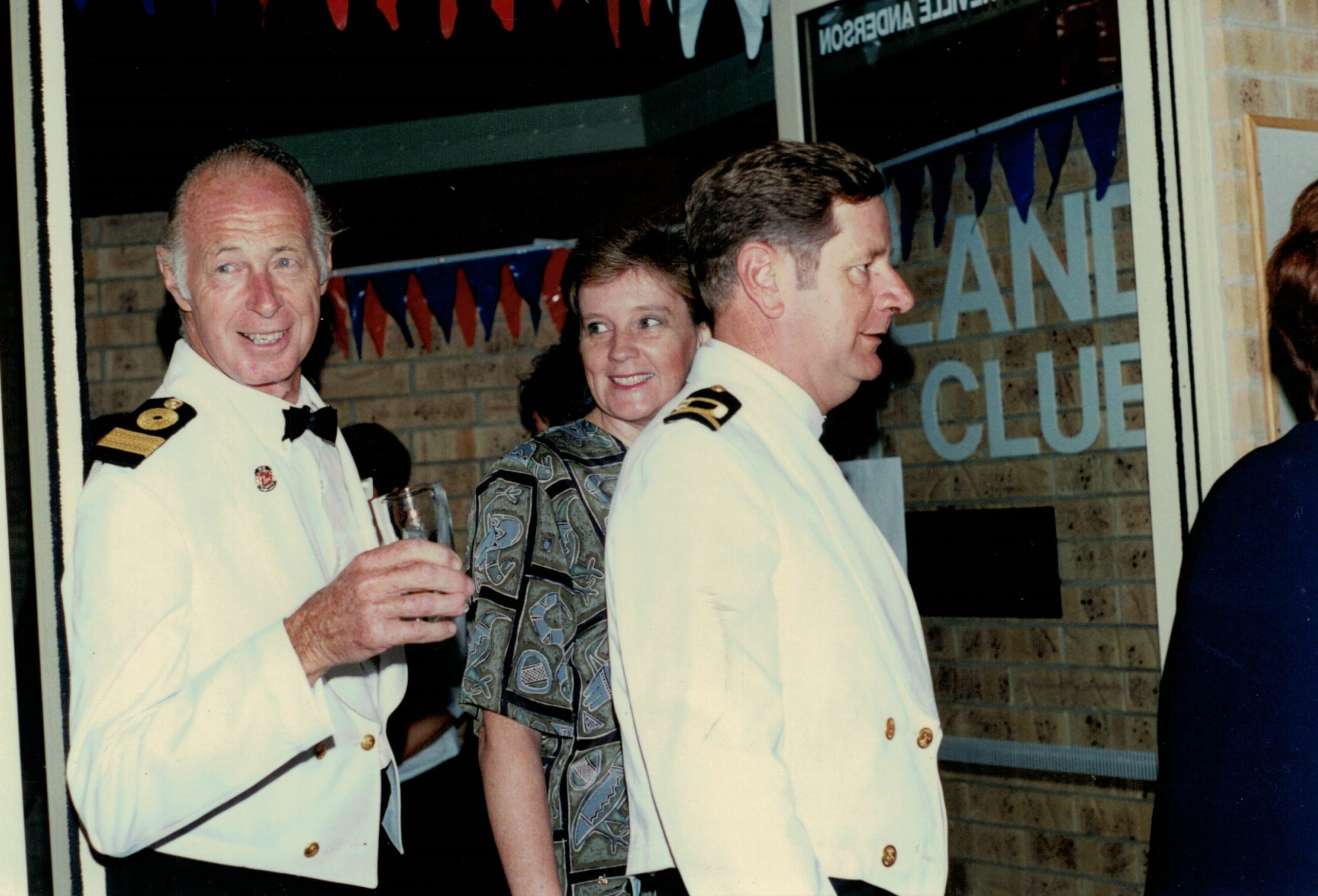 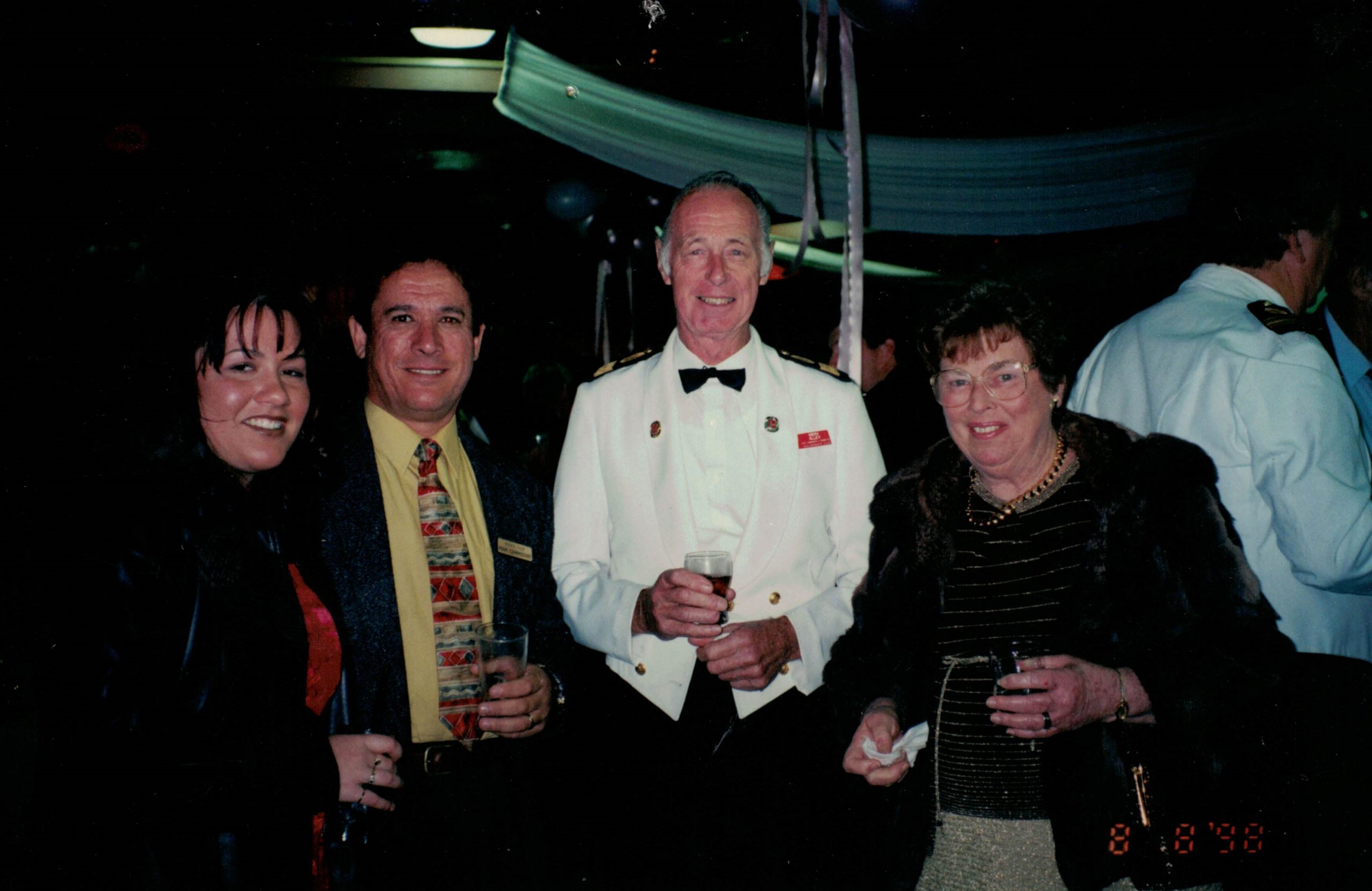 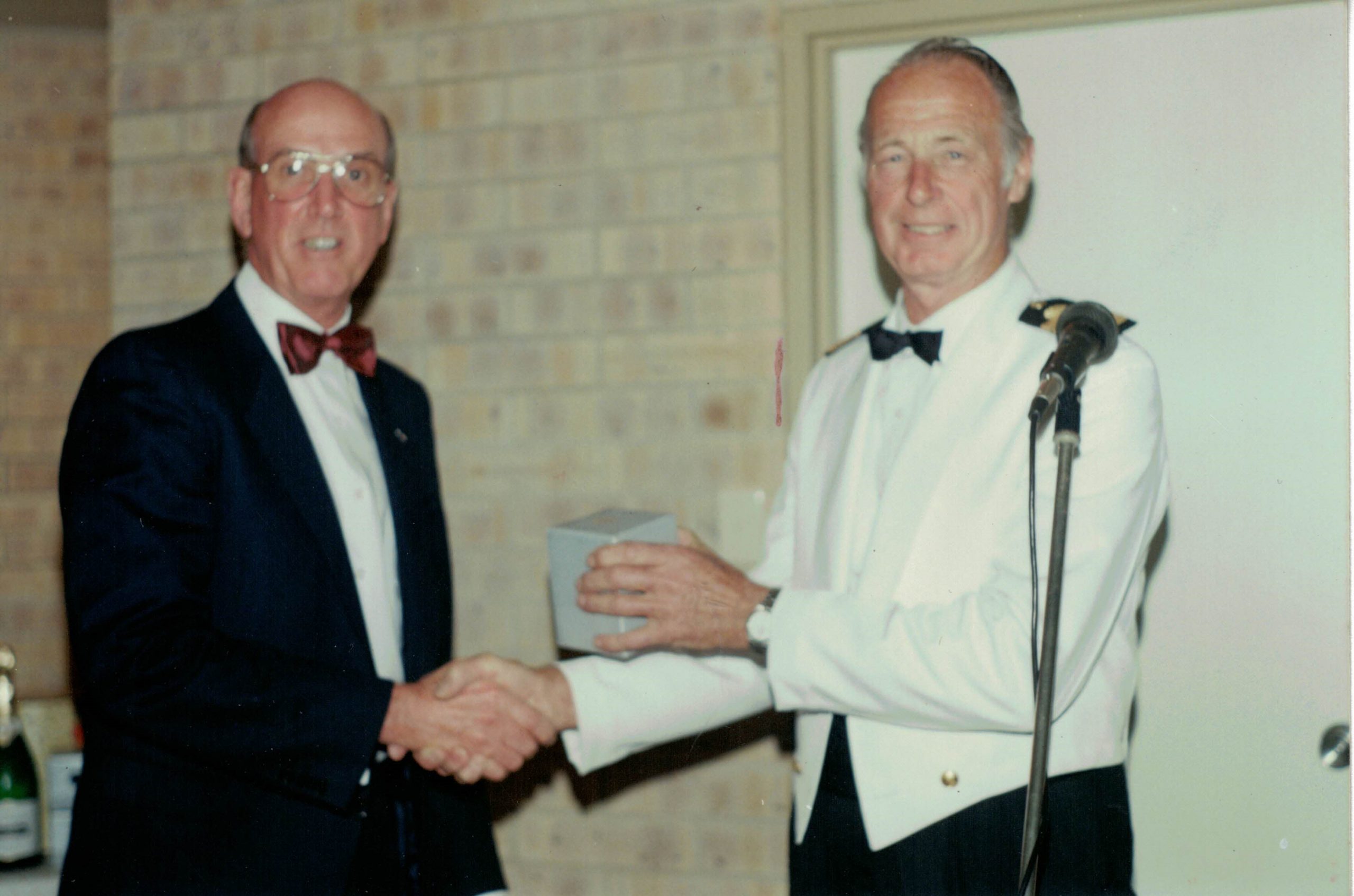